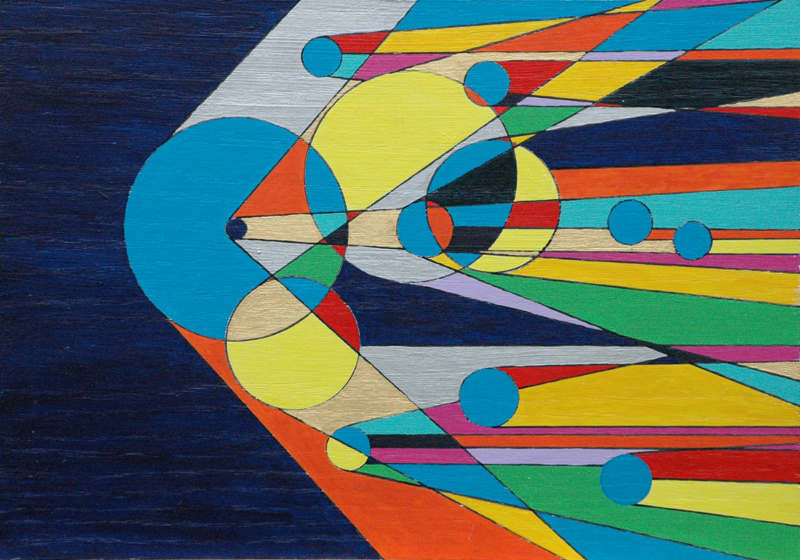 In 2013, my father gave me some masonite boards.  There were twelve on which I did a series of geometric shape paintings using the same color scheme.  One of them, reminded me of a comet.

I found another piece of masonite, which had been laying around for decades and started what would be the first of several comet paintings.  I would also consider these to be the beginning of the space-related paintings. 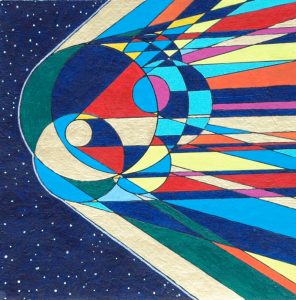 I have about 12 of these, a couple which are in progress.  Some are on canvas, but most are on masonite boards.  This first one is similar in shape to the original from which I was inspired to do the rest. 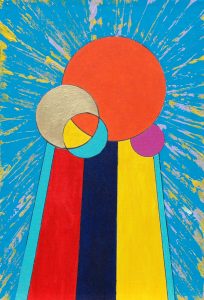 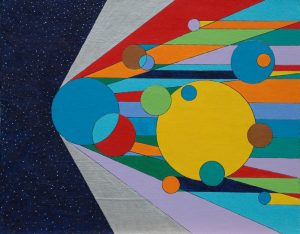 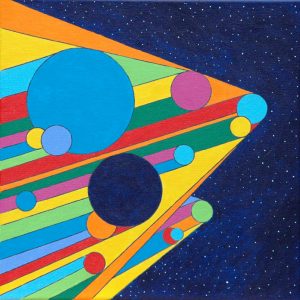 And these also eventually inspired the Flaming Eyeball Comet:

There are two of these, this and a larger one.